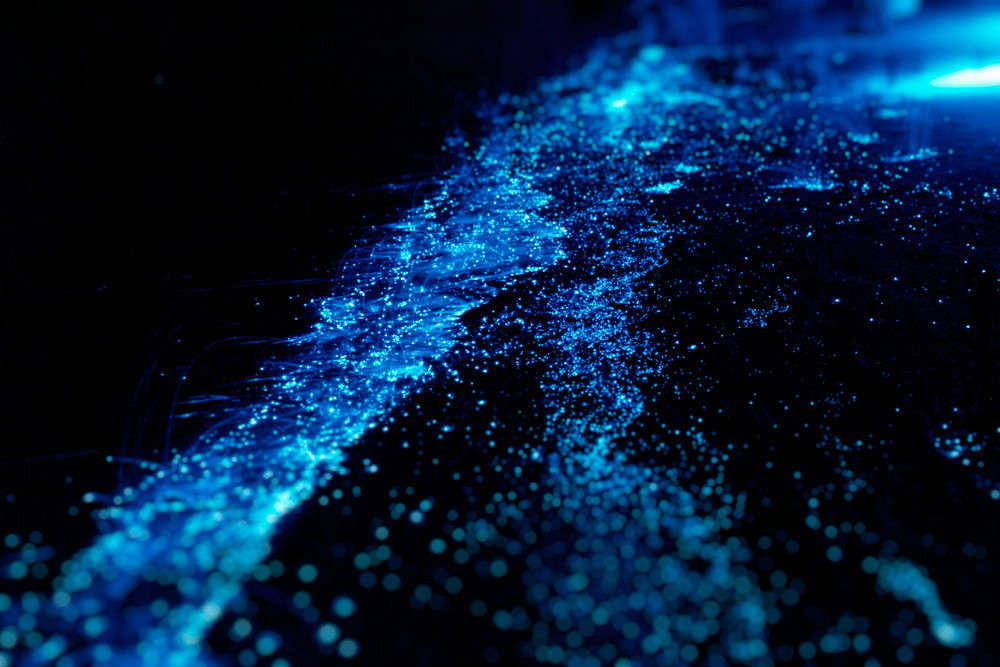 The world is full of beautiful surprises, you just have to be there at the right time! Something similar happened with photographer Patric Coyne, when in the most surreal and unexpected way, dolphins made his night special and gave him probably the best shots of his life. The photographer was set to capture dolphins swimming in bioluminescent waters off the coast of California, which is no less than a magical sight.

On the fortunate night, Patric, along with his friend, decided to take out a boat around Newport coast in California, hoping to capture some starry creatures in the glowing waters. But after a while, the two friends got disappointed as they did not spot anything and decided to turn back.

But destiny had something else in store for them as almost all of a sudden and out of nowhere, they saw dolphins swimming in the neon blue waters right next to their boat. The dolphins were all lit up because of the presence of the algae in the water, the reason behind the bright neon blue colour.

The photographer wasted no time and captured this rare sight on his camera. The footage of dolphins swimming in bioluminescent waters went viral moments after he posted the videos and photographs on social media.

Here is the video he shared on his Youtube channel.

The bioluminescence off the coast of California has been doing rounds on the internet for sometime now, given its neon blue waters. Those new to the term bioluminescence, should know that the phenomenon happens when a particular kind of plankton glows owing to disturbance in the water.

Scientists believe that this blue light is created by creatures to scare off the predators.

No bull running event in Spain this year

Tue Apr 28 , 2020
Spain’s incredibly famous bull-running festival is taking a backseat this year amidst the COVID-19 lockdown, and fear of Coronavirus. According to reports, the most important destination for bull-running, which is Pamplona’s summer San Fermin Festival has now been cancelled. While the city was hopeful that the festival would be held […]